Kopi luwak: what is it?

Kopi luwak, or civet coffee, is coffee that is made from partially digested coffee cherries eaten and defecated by the Asian palm civet (Paradoxurus hermaphroditus). Fermentation occurs as the cherries pass through a civet’s intestines, and after being defecated with other fecal matter, they are collected.

To make Kopi Luwak, civet droppings are collected. The beans are then washed, roasted, ground and brewed, often in a French press.

There’s a lot of controversy that surrounds civet coffee, mostly relating to the inhumane treatment many of the animals are now subject to; a result of the increasing demand for kopi luwak coffee and the high price tag associated with it.

Kopi luwak is produced mainly on the islands of Sumatra, Java, Bali and Sulawesi in Indonesia; it is also widely gathered in the forest or produced on plantations in the Philippines, Thailand and Vietnam.

Producers argue that the process may improve coffee by two possible mechanisms: selection and digestion.

The civet is apparently a picky eater and will only eat the best, most ripe coffee cherries.

The animal’s enzymes in its digestive system change the structure of proteins in the coffee beans. This can remove acidity, making an easy-drinking, smoother cup of coffee. Digestion also removes fruit pulp that gets left on the bean.

The traditional method of collecting feces from wild civets has been replaced by intensive farming methods as it has grown in popularity (more on this below).

In the past, kopi luwak was a specialty of Indonesia. Producers would cultivate and harvest cherries in the wild, letting free-roaming civets eat them. After eating the ripe coffee cherries, the civets would naturally defecate, and coffee producers would collect civet poop for processing.

But all that has changed since coffee expert Tony Wild introduced kopi luwak to the West in the early 1990s (as described in this article).

Now, there’s a huge demand for the unique experience that comes with civet coffee. It’s now available all over the world and production has expanded many other Asian countries including to China.

It has gone from being a local delicacy to a tourist-trap.

Increased demand has led to intensive farming methods, in which civets in battery cage systems are force-fed the coffee cherries. This method of production has led to concerns over cruelty to animals.

According to PETA, “the civets are typically snatched from their homes and life in the wild to be imprisoned alone in tiny, barren cages. They’re deprived of everything that is natural and important to them, including freedom, exercise, space—even real food.”

The taste of kopi luwak coffee depends on a number of factors, including the type and origin of coffee beans, processing, roasting, aging, and brewing.
If the civet eats arabica coffee beans, it will produce a coffee with a flavour and aroma similar to arabica coffee. If it eats robusta coffee beans, the result will be similar to robusta coffee.
Therefore, civet coffee isn’t really a type of coffee, it relates more to the processing method.
However, there is a general conclusion amongst anyone who knows anything about coffee that civet coffee doesn’t taste like anything special. Its popularity relates more to the novelty and “gross factor”.

Why Is Civet Coffee So Expensive?

Kopi luwak has become one of the rarest and most expensive coffees in the world due to its limited production.
It is claimed to be more nutritious and better tasting than other coffee, which is one factor contributing to its high price.
There is also the cost involved in sourcing the animal dropping, wastage during processing and quality certification (which is sometimes faked).
The price really relates to the fact that this is a novelty product and consumers are prepared to pay top dollar for the experience. The limited production volume, high prices and unusual method of production make it a curiosity among coffee drinkers.

How Much Does Civet Coffee Cost?

We’ve found Kopi luwak sellers in Australia asking around AUD $190 per 100g. That makes it $475 for a standard 250g bag. Think we’ll stick with our delicious and ethical single-origin for ~$20. 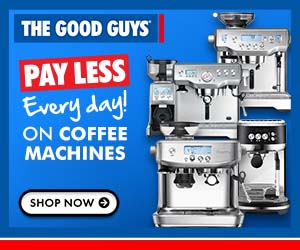